It seems like every time I venture into my backyard, I trip over little tree stumps everywhere. In addition to being a nuisance, they prevent me from mowing my entire yard. Not wanting to resort to using a power tool or a pick-up truck, I found that I could remove each tree stump as I found it using a simple hand tool called a cutter mattock. Now when I work outside, I bring this handy tool along with rakes and shovels to use as needed. Thank you for supporting our family through affiliate link purchases.

Last fall our local utility company came through and cut down any trees that had grown too close to the power lines. It wasn’t until this spring, when I attempted to cut back some overgrowth, that I noticed the large stumps that had been left behind. Standing as tall as 4 inches above the ground, these stumps were catching my mower tires and stopping my mower blades dead in their tracks. Before I could safely cut through the brush with my lawnmower, I would need to remove each one of them. Enter the cutter mattock. I personally use a Husky 5lb. Cutter Mattock with a 36-inch fiberglass handle. This beautiful piece of forged steel has a cutter head on one side and a mattock head on the other. The mattock side is used like a garden hoe to break up and remove soil, clay, sand, etc.. Used like an axe, the cutter blade is used to chop through dense undergrowth and root systems. Unlike the very sharp, broad cutting surface of an axehead, the cutter mattock’s cutting surface is narrower and less honed, making it ideal for penetrating and severing roots buried beneath the surface of the soil. The cutter head is also excellent at damaging sewer, water, and natural gas lines buried beneath the surface of the soil, so be sure to have your local utility mark these lines if you feel they may reside around your work site. In Oklahoma, the Call Okie service will promptly mark underground lines free of charge and have always marked my lines within 72 hours of calling.

How to Properly Remove a Tree Stump (Steps With Pictures)

Two additional steps are necessary for larger taproots.  First, enough soil must be removed with a shovel to expose the taproot and allow the stump enough room to rock back and forth in the hole.  Secondly, and most importantly, the stump needs to be split into smaller pieces.  Think of the proverbial lumberjack splitting firewood with an axe and you get the idea. Digging around the stump provides the room necessary to split the stump vertically into 2 or 4 pieces.  Once sufficiently split, the individual sections can then be stepped on and forced away from the middle of the stump. Smaller pieces will simply break off under pressure, making more room to work on larger sections with the cutter head.  A 6-inch stump can be removed in around 10 minutes when not taking a picture of each step and, while working at a leisurely pace in the evenings, I expect to have all 200 feet cleared within a couple of weeks.

Shrubs and bushes can also be removed by using the cutter mattock to sever the root structure or by using a spade and landscape bar to remove all the roots at once. To remove a tree stump larger than 6-8 inches across it can be easier to burn it out or to use stump remover.  If you aren’t comfortable with either of those options, you can hire a local stump grinder service or rent a stump grinder from the Home Depot.

Lessons learned while removing stumps with a cutter mattock:

I am really glad to have found this tool and easy way to remove stumps; it’s now one of my mandatory tools that I haul out whenever I do yardwork. Now, whenever I trip over a stump, I can quickly cut it out instead of having to make a mental note to avoid it.  It’s one more tool that allows me to solve the problems and challenges I encounter, and that makes me a happy homeowner.

How do you remove tree stumps?

Our Email newsletter is sent out on the 1st of every month! Get the latest updates by subscribing today.

Who is Rehabitat Home? 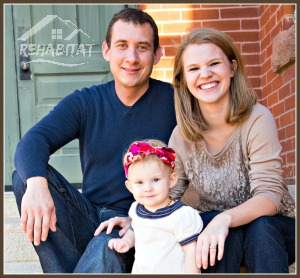